In February 2016, Planting Works transformed a small garden in Wimborne.

The property was built in the 1980s, having facing brick elevations under a tiled roof.  The clients wanted to completely modernise the outdoor space to provide them with a contemporary look.  The garden was to be used for entertaining and relaxation.

In the front garden, existing conifers screened the neighbours driveway.  There was a small Acer which had special importance to the clients which needed to be retained in the centre of the space.  The paving and brickwork was old and no longer aesthetically pleasing. 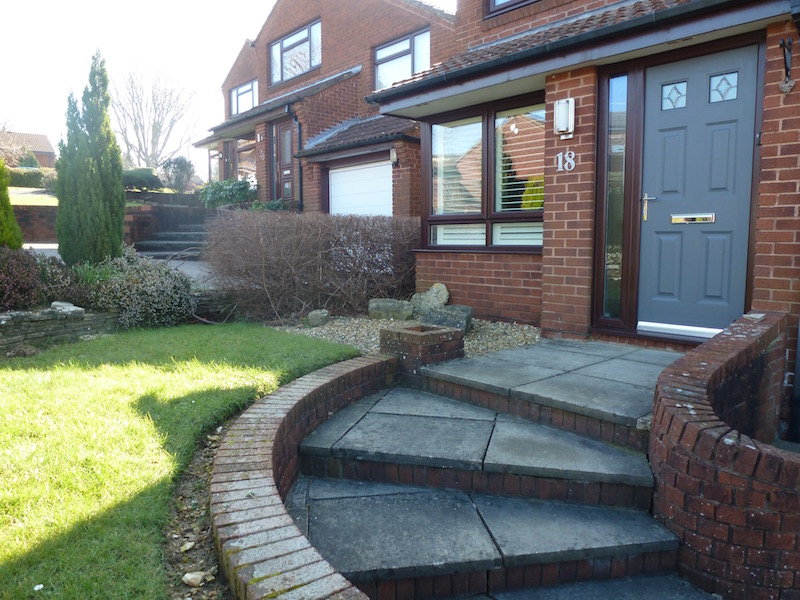 Pleached hornbeam trees were used to create the screening of the neighbours driveway and this also provided the clients with a semi-evergreen screening of the road.  Under the pleached trees, soft landscaping was added, which included a selection of evergreen and perennial plants to provide all year round interest.

White rendered walls replaced the brickwork look and provided a clean and fresh entrance to the property.  Pebbles were laid with grasses such as Carex Everest poking through.  Artificial grass was used on this small area and added a contrast to the other materials used.

The back garden was to be used for family entertaining and relaxation. 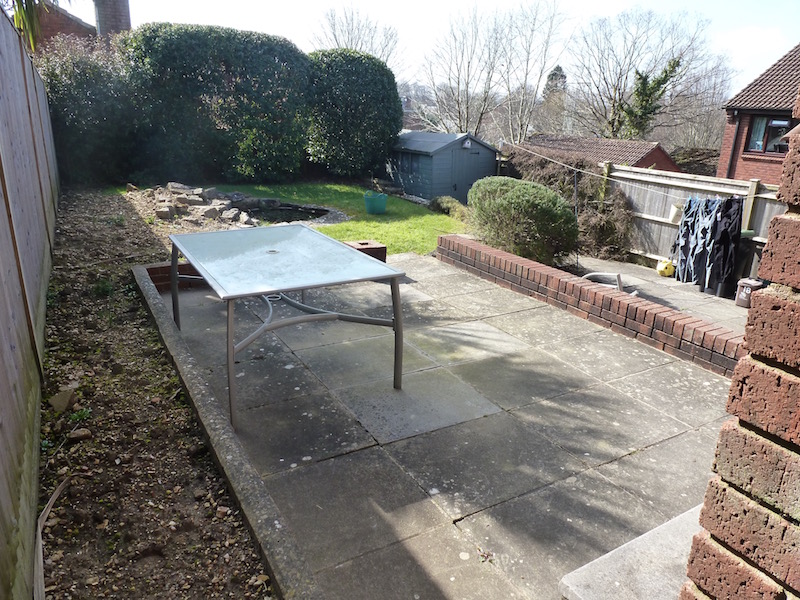 To continue the modern flow from front to back of the property, rendered walls, grey slate paving and pleached trees were used.  The client also wanted a space to work in which which was achieved by installing a small studio.

The Planting Works transformation was stunning!  The grey slate and white rendered walls provided the contemporary look and feel of the garden.  The fence panels were painted grey and a rectangular pond was re-created in the centre of the garden.  The modern studio has since been added to the back of the garden as a quiet space for the client to work in. 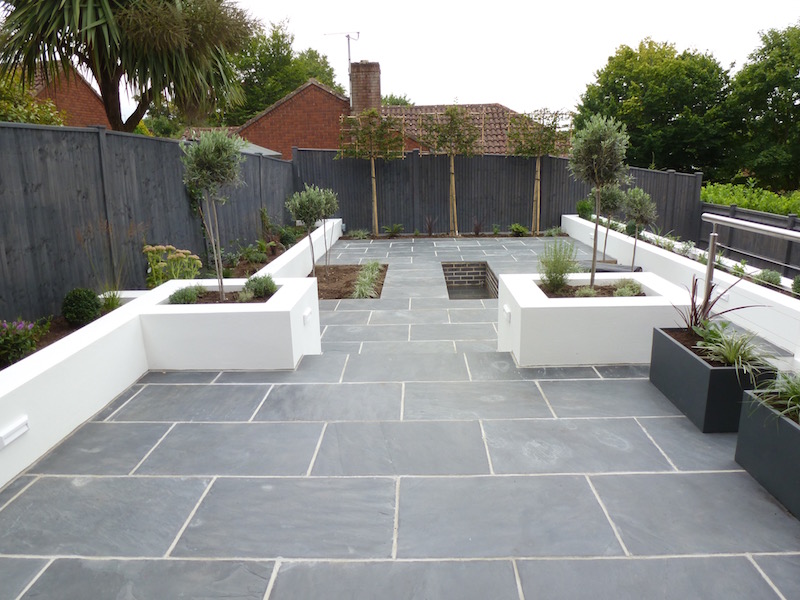 The back garden was south facing so the aspect was perfect for planting.  Olea europea lollipop trees were used to provide some height to the rendered beds and also provide the modern feel to the garden.  Pebbles provided contrast to the grey slate paving and allowed Carex Everest to come through giving texture to the hard landscaping.  Raised beds were created around the edge of the garden and planted with Buxus balls, Sedum, Lavandula, Agapanthus, Sarcococca and Phormium along with further evergreen and perennial plants.  Two small herb gardens were planted up in the square raised beds nearer to the house.